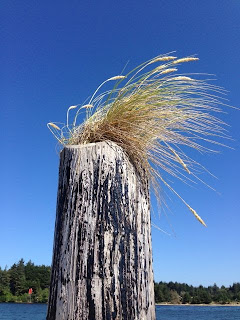 We’ve been home for several weeks, and the transition from seafaring back to life on land with all its reconnecting has been, shall we say, “interesting.” 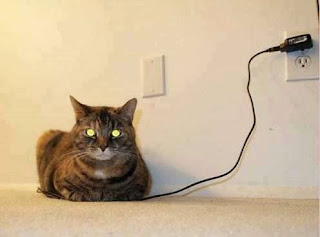 The transition from southern summer weather to North Pacific conditions was, as you already knew, kind of wet.

But when the weather’s decent up here in the Pacific Northwest, it’s not just good, it’s glorious.

Coming home to Port Townsend, with its camaraderie, its forests of wooden masts, and its people who love to sail (and share with visitors) beauties like the venerable, engineless, 110 year-old Ziska, was exactly what we wanted to do. 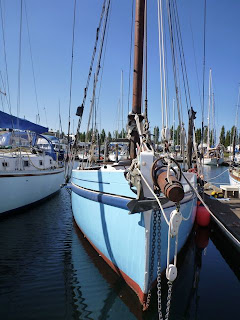 Seeing beautiful schooners like the lovely Alcyone under sail is also not unusual around here.  It’s good to be home. 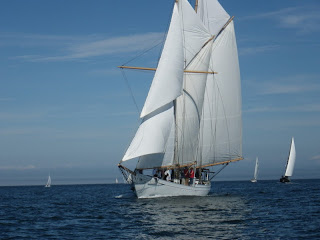 For transitioning sailors, Port Townsend is a good place, because it’s expected that sailors come and go.  Transitions are no biggie, because that’s how we live.  Plus, what other town do you know of where the local police hand out flying pig pins? 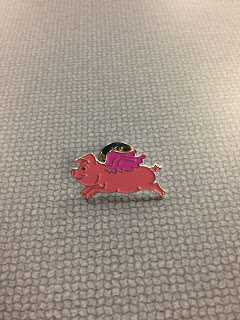 Still, despite the excellent homecoming, the first two weeks were rather strange.  First there was what I call “reconnecting syndrome.”  Fascinating things, these electronic gizmos.

Then there was “still on watch syndrome.” Each night I’d wake up around 2:00 am and think, huh?  Where… oh, that’s right, we’re not at sea.  Great, I’m wide awake, NOW what do I do?  The saltwater half of my mind would start the nightly litany:  Okay, up and at ‘em!  Gotta get the navigation done for the next leg, gotta check the forecast, we don’t want to miss the weather window, gotta write in the log and get ready to go to on watch! 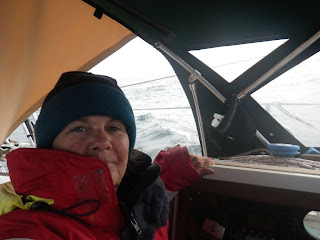 This was, of course, ironic, because normally by 2:00 am, my watch would be half over, and waking up into such irony meant an hour or two of pondering the tug-of-war nattering on between the landlubber and seafarer halves of my mind.  It should be obvious that you’re home, I would tell myself.  Oh sure, like that worked. 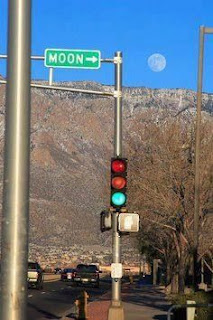 So, to while away the time I’d drowsily search for traces of guilt for having overslept 2 hours of my watch while Jim was also soundly asleep.  Guilt, ah yes… wait, WHAT?  We’re BOTH asleep?  Who’s on watch?  OMIGOD!  What’s happening out there?  A couple of times I actually got up and went to look out the window.  No whales were seen in the street.  The surface of the road was unruffled by wind.  If we’d had a house log, I would’ve written in it. 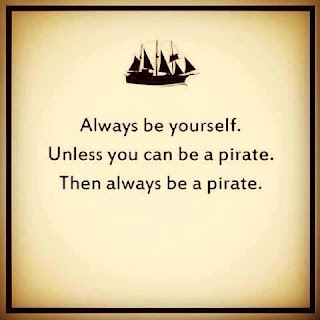 Then the landlubbing half of my mind would say:  Ha ha, very funny!  The house isn’t dragging, you’re not gonna get run down by a bigger house, and best of all, the bed is steady and still!  How d’ya like them apples?

The seafaring half would reply:  Not much.  Then again, it’s actually pretty nice.

The landlubbing half would say:  Well, I like it here.  A LOT.  And we’re staying for awhile, if you don’t mind. 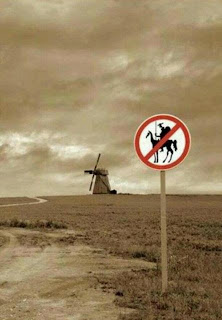 That’s when the second stage of transitioning to life on land began.  The sense that, while a full night’s snorefest was to be expected, any sense of permanence was neither believable nor trustworthy.  The house was surely temporary, right?  We’d be moving back to the boat soon, uh-huh.  This was solved in a few days by the reappearance into the house, of familiar furniture and belongings.  That stage was brief.

But the oddest and longest transition phase came from the sense that after being at sea, where sensory input is somewhat limited and controlled compared to land, we were now in a gigantic, frenetic candy shop of distraction, where everyone was running around happy as puppies on a big sugar buzz.

Land-life is so full of distractions—things to see and do, comings and goings, people to meet and talk to—that for about two weeks my head turned so often it felt like I was getting whiplash, and my mind was barely able to summon the attention span of even a gnat.

And then the seafaring half of my brain came roaring back, because we went to that annual three-day high called the Port Townsend Wooden Boat Festival, where 200 gorgeous varnished painted beauties lined the docks, and happiness wafted through the air, and really, who could worry about short attention spans in a setting like that?  Certainly not us.  Shanties were sung, pirate cannons were fired, hearty shouts rang, friends were met, and boats were admired.  To see some spectacular images of the festival and the boats under sail, check out photographer Jeff Eichen’s web site here.  Sockdolager is in photo #54 of 72.

On Wednesday and Thursday, Jim helped deliver the 99 year-old wooden motorboat Glory Be from Seattle to Port Townsend, where she took her place in the show.  She has an amazing history.

On Friday, the first festival day, we attended lectures, toured boats and had more joyful reunions.

On Saturday we crewed aboard the lovely schooner Grail, to race with the gracious and hilarious Smith family against other floating wooden acres of gaff and staysail perfection.  We didn’t win, but who cares?

That evening was spent aboard the 1909 Arts and Crafts-era MV Lotus, a 92-foot Edwardian cruiser where tea parties are given every Sunday and you can enjoy a nightcap at the tiled fireplace on chilly evenings before heading for your own private stateroom.  While aboard Lotus we were introduced to Steve Stone, a filmmaker from Off Center Harbor in Maine.  Well, that turned into something mucho fun!  Steve decided on the spot to make a film about us and Sockdolager, and what we’d done to get her ready for the voyage.  Woah!  More on this shortly.

On Sunday we took Bill and Cath Connor from Boulder, Colorado (old friends of Jim’s) out to sail in the Festival’s final event:  the Sunday afternoon Sail-By.  Imagine a river of sails—from 130-foot schooners to catboats, ketches, cutters, yawls and lug-sail dinghies—probably a couple hundred of them, flowing around and around the bay in a big circle, in a light breeze, on a bluebird day.  Our flags flapped gaily and we could not stop grinning.  Crews shouted greetings across the water, a friend on another boat played her bagpipes, and laughter rang from shore to shore.

Then, as if by invisible signal, crews waved farewell and boats began to scatter to the four winds. It was magic. Pure, happy magic.  You can watch a homemade video of it filmed from another boat here.
Sockdolager is visible at 20 seconds, 2 minutes and about 4.5 minutes. Look for the flags a-flyin'.

On Monday and Tuesday we were stars.  Steve came down to the boat and filmed her from stem to stern, on deck and below, while Jim and I took turns talking about the custom improvements, the preparations for sea, and a few things we’ve learned.  Steve was so intrigued about our retired shipwright friend Leif Knutsen, who’d helped us “upside down-proof” the boat and create ingenious storage solutions (see “Fiddly Bits”) that he went over and made a movie about Leif, too.  Steve got so much material from us that he said it may take two fifteen-minute films to cover it all.  We don’t know when the first film will be ready, but we’ll announce it on this blog.

And now the seafaring half of my mind is happy, as is the landlubberly half.  I am well into the book project about our voyage, and though it’s great fun to write, I’m still going to take the proper time and not rush it.  Jim, who will soon be posting a statistical summary of the voyage, is also beginning our garage conversion project, where he’ll build a workshop for himself and a writing studio for me.  We’ve been sailing three times in five days, and out on the water even more.  I guess that’s not too bad for a transition.

Posted by Karen Sullivan and Jim Heumann at 4:46 PM 3 comments: