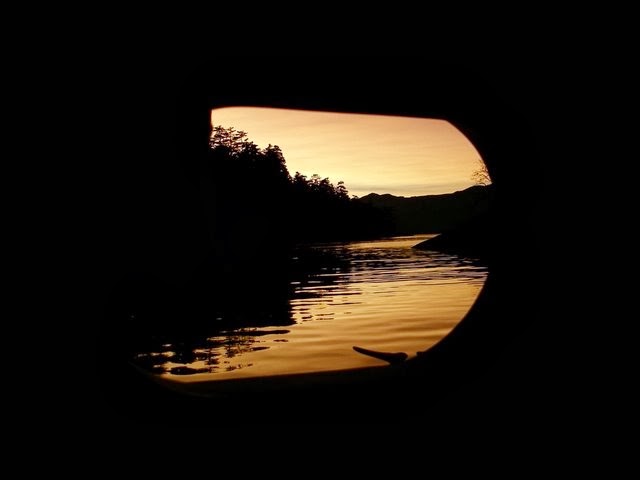 Port Townsend, Washington: A procession of gales clipped by bright crisp days has been the way winter is this year in the far upper left corner of the US. 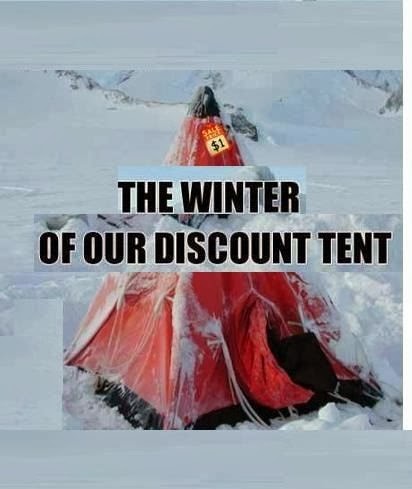 No big dumps of snow and no extreme temperatures. I’m happy about the no snow, having maxed out my lifetime tolerance card many years ago while living 8 miles up a mountain road in Alaska, but Jim’s not so certain. I think he misses snow and the fun you can have in it. Me, I look forward to the first flowers of spring. 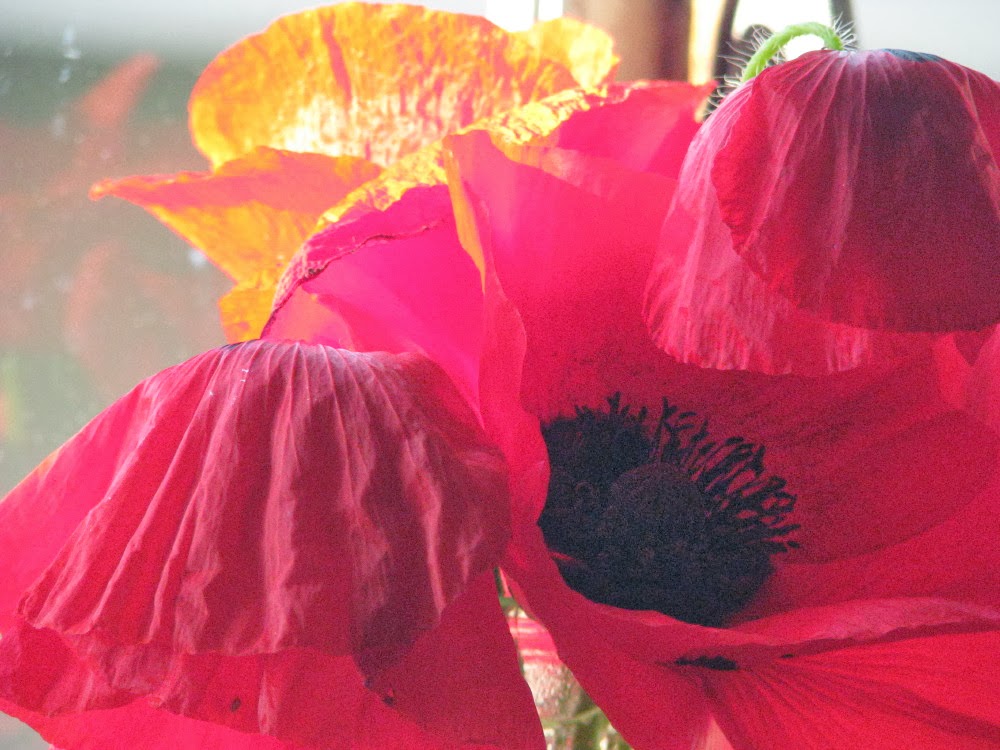 We’re enjoying the peace of a low-key winter, with unlimited time for me to write and for Jim to convert the garage into a workshop for himself and a little studio for me. It’s all going pretty well. I haven’t posted in awhile because, well, I’ve been busy writing. The book about our voyage to New Zealand, that is. It’s harder than I thought, because although the blog is a good guide to draw from, I’m finding everything needs to be re-written in order to hang together the way a book seems to demand. Fifteen chapters are complete, at least to second draft stage. And though I don’t tend to talk about a project while it’s underway (something about losing the magic juju,) here’s a brief excerpt from one chapter, about sailing down the coast of California, between Santa Cruz and the Channel Islands.

The book is still not titled, though I have a few ideas and am open to suggestions. I want to capture the spirit of what it feels like to go cruising to unknown places and the surprises they give, while deepening a sense of appreciation for being alive and in the world. Tall order, but why not try. I hope you enjoy it.

California’s waters gave us an easy but foggy passage from Sausalito to Santa Cruz, where we watched the dock reconstruction from the tsunami that had hit five months earlier. Steel reinforcements bracketed each piling, and reinforced beams extended halfway across the dock. Someone had painted them hot pink, evidently to keep others from tripping.

Strolling through the seaside amusement park, we spied every possible kind of high-fat funky carnival food that could be had for a couple of bucks and some swagger at the prospect of clogged arteries. “Whoa, fried Twinkies!” I said. “I’ve never tried one.”

“I dunno, they look like little rows of myocardial infarctions.” I considered the idea while watching a patron gobble a cream-filled greasy gluten dog. “Nah. I don’t see an ambulance standing by. Maybe some other time.”

The weather behaved, allowing us to explore a little, but ten-foot waves from two directions rolled in and closed the harbor entrance for a couple of days. They came from the Gulf of Alaska and some gigantic storm near Antarctica, traveling thousands of miles across the curvature of the earth to crash on this coast. Nervously we watched them break over the channel entrance. I was surprised at how far wind-generated waves of that size can travel--in fact, they can go all the way around the planet at the Southern Ocean, where there's no land to stop them.

Once the entrance calmed down, we left for Monterey. The windless passage forced us to motor in thick fog through which the sun shone, giving us fogbows. On a smooth grey sea, they look like rainbows seen through milk glass.

As we glided over the invisible edge of an abrupt dropoff to the oceanic abyss that is Monterey Canyon, I stood on the foredeck as lookout, musing over what the terrain must look like thousands of feet beneath us. What lives are being lived down there? So deceptively smooth here at the surface, but we are flying over the equivalent of the Grand Canyon! I wished I could dive down for a look, but snapped to attention when a great white shark about 8 feet long appeared on the surface smack in front of the boat. We were going to collide with it. I yelled Sharrrk! Dead ahead! back to Jim, but there wasn’t time to avoid it. The shark must have sensed the boat’s pressure wave and scrambled out of the way just in time. It swam down our starboard side, casually watching us with a black beady eye as if nothing had happened. Wow, Jim and I mouthed at each other, That’s a great white for you.

We sailed out of lovely Monterey into a dazzling sunset that bronzed Big Sur’s hills and Sockdolager’s sails, and a tide of happiness washed over me. This is where I want to be, sailing on this boat with this man. It was that simple.

The 3-day passage went so easily that we arrived early at the crossing point with the busy Santa Barbara Channel, thirty miles north of Point Conception. We crossed the shipping lanes at a right angle to minimize the chance of encountering ships, and shaped a course down the other side to run parallel with but several miles outside them. A steady parade of ships made it feel as if we were walking on the shoulder of a freeway.

The boat was still going too fast. If we kept up this speed, we’d arrive at night off San Miguel, the most northwesterly of the Channel Islands. Our destination was Cuyler Harbor, an uninhabited windswept indentation guarded by rocks, kelp beds and elephant seals. The wind kept picking up, which made us go even faster. NOAA’s radio weather service announced a gale warning. Cuyler Harbor looked like the best shelter, so here was a unique challenge: with so little sail up, how could we slow the boat down further, so as not to arrive off a rock-strewn harbor entrance in darkness? The end of this passage turned out not to be as peaceful as the beginning.

We kept reducing sail until we had nothing but a tiny scrap of genoa out, and we were still doing 3 ½ knots downwind when we needed to be doing 2. Winds were now 20 knots, and Sockdolager did not want to slow down. The seas were rising, which made reducing speed even more important. Entering a tricky harbor in these seas could not be done in darkness, and we didn’t want to sail past it. So, keeping clear of the shipping lane on our port side, we did some zig-zagging, little detours about two miles wide, to increase the distance sailed and stretch out the hours until dawn. It worked.

Around midnight I saw a large squid glowing ghostly green just under the surface of the darkened sea.  It was about two or three feet long, and aligned parallel with the waves. It moved quickly and diagonally from one wavetop through the water to the next wavetop, where it would pause.  It stayed just beneath the surface, seeking the space inside each wavetop as if hiding underneath a mountain peak. Squid are tremendous predators, and this behavior made me wonder: does being inside the top of a wave instead of near the trough or in flat water increase the chance of being undetected by prey? Most fish that swim near the surface at night might expect attack from underneath, but probably not overhead. Does the change in sea surface from calm to wavy actually become a change in habitat that triggers different behavior in some species? I had no answer, but enjoyed wondering about it as we zigzagged through the night.

Off the harbor entrance at dawn, we began threading between rocks and kelp beds, and found a good sandy-bottomed spot to anchor in and ride out the coming gale in the solitude of a harbor surrounded by rock walls and sand dunes. It was scenic, deserted, and, unfortunately, filled with the weird, low-frequency burble that can only be made by three dozen 2-ton elephant seals. The gale blew for four days, and the seals treated us to the sound that twelve year-old boys would make if they could commandeer the public address system at a baseball stadium, for a belching contest. On the first day it made us laugh to hear it. By the fourth day we were belching unashamedly along with them.

Posted by Karen Sullivan and Jim Heumann at 9:06 PM 19 comments: