A Year and Change

Happy new year. We are still going strong, still in love with life and with each other, and enjoying the quieter comforts of home and community. Perhaps this is The Time Between Excellent Adventures. Sockdolager is snug in her slip after a haulout, Raven is snug in hers, winter gales blow, and cruising friends remain scattered to the four winds, or at home after good cruises.


There’s been a year-plus hiatus from blog posts, but it has not been a year without writing. Or cruising adventure. 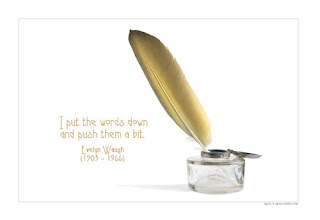 The book I've been writing since we returned from our Pacific crossing is complete, undergoing revision and edits before being sent to a professional editor, after which I (K) will search for a literary agent, after which the agent will, I hope, submit the polished manuscript to publishing houses, after which there will be probably more edits and finally, a book! Self-publishing is not the route for me yet; this one will take patience and a nervous degree of perfectionism. There’s a lot of sailing in the manuscript, but also a life, warts and all. 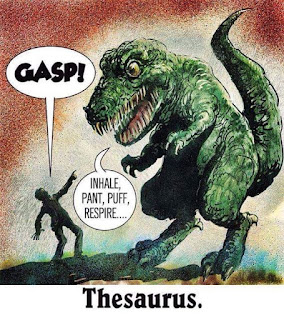 I love the word “manuscript.” It connotes the labor of pen poised atop paper, a handiwork inscribed, a physical sheaf of thoughts you can carry to a comfortable chair, to read and scratch margin notes on. Is manuscript still an appropriate word in an age where torrents of electrons bathe us, then disappear behind screen savers, or vanish altogether at unfortunately timed power outages? 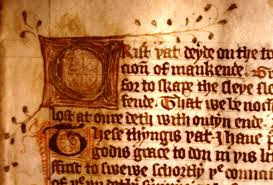 I’m re-reading a story by Edgar Allan Poe, called “Manuscript Found in a Bottle, in part due to the irresistible mystery of the title. Who wouldn’t be curious about that? At age twelve I had read it titled as “MS Found in a Bottle,” and had no idea what MS meant. Neither Microsoft nor MSNBC had been invented yet, so I thought MS meant multiple sclerosis, which I thought suitably odd for a Poe story. Had I known MS meant manuscript, it would have made the story even more mysterious. 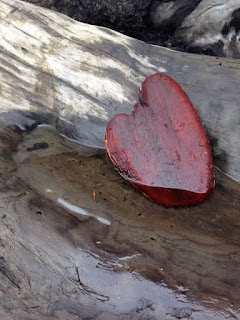 Manuscript, the full word, still belongs to us because it’s a reminder to all purveyors of electrons. It reminds us of the many satisfactions of labor by hand, which sailors through the ages have also taught. To carefully work a knot, replace a piece of wood, or write words on paper forces one to slow down. To write is to feel the ink flowing, sometimes like blood – you’re moving at the speed of a sailboat through a sea of thought. 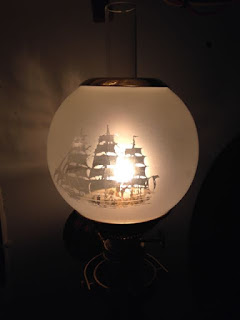 I sometimes do write with pen and paper, especially in the early stages. But when the torrent of words begins, I find the keyboard’s obnoxious clacking doesn’t make me miss quiet scribbling sounds enough to swear off computers. There’s no word flood insurance in the writing world. Anyway, this space is a blog, short for web log, something electronic that didn’t exist a couple decades ago.


It’s also been a year of recovery. There was more than one surgery, but now they’re past and all is well, we’re both hale and hearty as ever and making plans. We managed to squeeze in a 10-day early spring cruise aboard Raven to Vancouver, Canada, and anchored with our Canadian friends Marty and Mae amidst the downtown skyscrapers of False Creek.

We first met Marty and Mae back in August 2009 in Canada’s “Outside Passage,” and they taught Jim not just how to fish, but how to catch fish. On a slight “misunderstanding” that caused us to think they’d entered a certain cove a million times (turns out they’d never been in there), we brought Sockdolager through some unbelievable rapids at narrow, rocky, Buchan Inlet, scaring the bejesus out of ourselves and them. A description of that nutzo day with 4 videos of that insane rapid is here.  A tamer reunion with jello shooters in 2010 is here.

On the most recent reunion, Jim and I made, uh, er, the most classic newbie mistake: so much time had been spent at the dock getting the newly-purchased Raven ready for her first cruise that we neglected to, ah, um, well this is embarrassing… practice anchoring her. I mean, how hard could it be, right? A boat’s a boat, you drop the dadgum hunk of iron and back down.


So, we arrive in False Creek on a chilly March afternoon, clear customs, and chug upriver, 29 feet of salty, classic, head-turning gorgeousness, and now this is where I get to play Ms. Authentic Fisherman, by turning on our overhead “crab lights” to flash a hello at Marty and Mae, who are waving wildly, and Jim’s at the bow and before I can say, “Wow Sweetie, those are some mean-looking, fast-moving dark clouds!” a wall of wind and hail slams into us and Jim drops the hook and the boat goes sideways and I smile-yell to Marty and Mae, “IT’S OUR FIRST TIME ANCHORING!” and they go “WHAT?” and right then a dockline blows off the deck, wraps around the prop, and stops the engine. Yep. Right in the middle of a hailstorm.


We spend a few anxious minutes and get a second anchor ready to drop, but it's okay, the anchor's holding. But we can’t start the engine. Luckily, Marty happens to be a retired commercial diver! Unluckily, he doesn’t have his tanks with him and has to hold his breath. He comes up and says, no way I can do this, you’re gonna need a diver. Luckily, Jim finds one right away. Unluckily, the guy can’t make it that day. Luckily, we don’t need to use the engine. The diver comes the next day, tells us he’s never seen such a wrap, and frees it. He’s French, so we feed him excellent hors d’oeuvres. We celebrate with dinner. 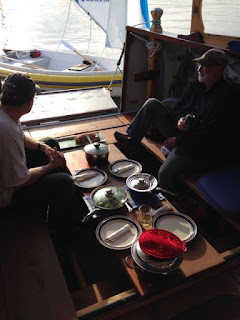 It was a fun reunion, with dinners and long walks through art galleries, Chinatown, the Granville Island market, and along the waterfront. This is a great spot to come and hang out in the middle of a big city. You have to get a permit to anchor in False Creek, but it’s worth it, especially in the off-season when it's not crowded. Posted signs tell you how to get the permit.

Crossing Georgia Strait during a brief window of fair weather, we slowly cruised along Canada's Gulf Islands. The solitude in March is wonderful; you have your pick of anchorages, such as this one at Montague Harbor: 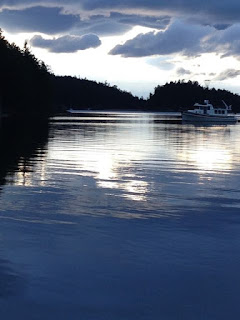 Sure it can get cold, but that's why it's not crowded. You can still take naps, just bundle up:


And talk about a party platform! Nothing’s more fun on a hot summer afternoon than to gather a bunch of friends and go anchor with other like-minded boats in front of the town dock where, each Thursday, a new band plays a “Concert on the Dock.” Raven’s secret weapon is her dance floor. Just put the table and chairs away, pop in the floorboards, and rumba! This photo was taken as we were getting the boat ready for a dock party: 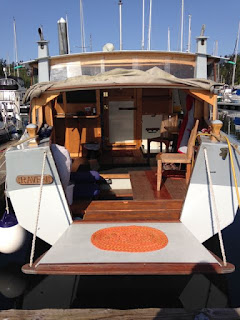 Which brings us back to our dear little Sockdolager, and an admission: two cruising boats is, for us, too many. Sockdolager is not getting sailed as she deserves, and our eyes are turned northward, to the Inside Passage, which can be cold and rainy. 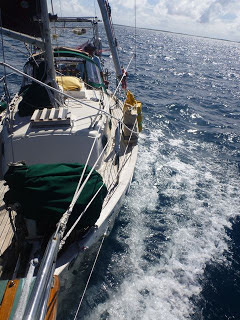 Our aging bods appreciate a heated wheelhouse and the ability to dryly go to windward at six knots, and to fish for salmon and crab without wondering where to store the gear. 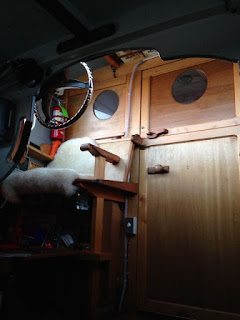 A new 10-foot sailing dinghy means we can still sail. 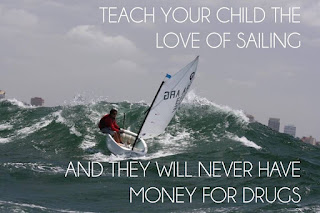 What I’m trying to say is that with much mixed emotion, we are going to be putting our beloved Sockdolager up for sale sometime in the Spring, and would like to see her go to someone who’ll sail, love and care for her as she deserves. With a ham/SSB radio, self-steering vane, and all her other offshore gear, she should not be sitting in a marina. She should be happily making new passages and having new adventures.

Posted by Karen Sullivan and Jim Heumann at 3:40 PM 7 comments: