Oliver Wendell Holmes once said that home is “Where we love.”  That would perfectly describe how it felt to come home to Port Townsend, Washington, where word spread like electrical voltage among our friends along the waterfront that Sockdolager’s emergence from the fog bank over the Strait of Juan de Fuca was imminent.  We were just as eager to see them as they were to see us.

All day we’d steamed along in fog and rain, the first precipitation in more than a month.  In the photo above, Jim watches our new broadband radar, which shows things we can’t see in the busy murk, like big outbound ships that swerve out of their usual lane to drop off pilots, and the breakwater at Dungeness Spit.

It was definitely a social media homecoming, because from my phone I could post things like “Point Wilson just sighted through the fog!”  Our friends Val and Mike Phimister called:  “WHERE ARE YOU?”  Eagle-eyed Kaci Cronkhite spotted us first from her vantage point at Fort Worden. “I see you out there in the fog!” she wrote on her Facebook page, posting the photo below, and word spread that we’d been spotted.  Facebook erupted in Woo-Hoos as Anna Quinn suggested that everyone meet at Sirens Pub at 5pm. Oh boy!

When Northwesterners go without rain for too long, they get a little out of sorts.  All that sunshine, and it was evidently the first full month of July in 70 years with no rain, begins to play with the mind.  Normally, a sunny day comes after a period of cement skies and rain, and can be enjoyed guilt-free because everyone feels they’ve earned it.  But a whole month of bluebird days can cause a slight to moderate discomfiture to the psyche.  Northwesterners are moodier than Southern Californians; we need rain, not just for the landscape but for our very souls.  We like cement skies.  So, to be coming home on the only rainy day in many weeks felt especially celebratory.  “Oh! You brought the rain with you!” would be, on such a day, high praise in these parts.

Home has also been called “A place where you can scratch any place you itch.” (Henry Ainsley.)  If that’s true, then to a wandering sailor, the entire planet would qualify as “home.” As it should.  A perspective like that makes you think and act as if your back yard, what you're supposed to take care of and be responsible for, is not just what's platted on a local tax map.  One could also say it as Anatole France did:  “Wandering re-establishes the original harmony which once existed between man and the universe.”

We spotted Kaci and another friend, Bob Triggs, grinning and hollering and waving greetings from the beach.  We grinned and hollered and waved right back. And then, quietly and without fanfare, there stood Leif Knutsen, taking photos from the end of the long pier.  Big smiles all around.  Though we knew friends were waiting at the Boat Haven Marina, we could not resist a little spin into Point Hudson, a victory lap of sorts, to wave and pay a little homage, if you will, to Carol Hasse’s Port Townsend Sail Loft and Brion TossYacht Riggers.

After nearly 11,000 miles, Sockdolager’s sails and rigging still work flawlessly, and these dear friends at Point Hudson, along with rigger Bob Doyle in Everett, were as much a part of our voyage as reassurance can be on a dark and windy night.

In true Port Townsend fashion, the Sail Loft crew was hanging out the windows whooping, Brion Toss was applauding from the ramp, and Ace Spragg and friends were whistling from the Maritime Center’s balcony.  The whole harbor erupted in cheers, and puzzled onlookers quickly asked what the hoopla was about.

Time to head for our slip at Boat Haven.  We figured correctly that friends had called the harbormaster to find out what slip we’d been assigned, but another surprise was waiting as we turned the corner.

Sailing friends Don and Karla Marken had come all the way from Anacortes to take our docklines.  Wanderers like us, they divide their time between sailing a 20-foot Flicka during summer and an apartment in Mexico in winter.  We pulled into our slip and they took and tied up our lines. Big hugs all around.

Don handed me a bottle of champagne, Jim said, “No need for glasses!” and popped the cork.  We passed the bottle around like it was pirate rum.

Suddenly, a beautiful drumming and singing began from the foredeck of a nearby boat, and we turned toward it as a Native American Elder, who is a dear friend of ours, sang us home.  We stood transfixed.  I do believe singing like that has the power to realign the stars.

More friends arrived.  Kaci handed me a bouquet of daisies, and Leif gave us the use of an old beater car for as long as we needed it.  Our friend Gordon gave us hugs and a packet of the season’s first smoked king salmon.

Val and Mike arrived at the dock in time for a chat and to drive us to Siren’s Pub, where more friends gathered to celebrate.  I had my first Siren’s burger in two years, and tried unsuccessfully to show some restraint in the enjoyment of it.  We love gourmet food, but the joys of a burger and beer are awfully good, especially at our hometown pub. 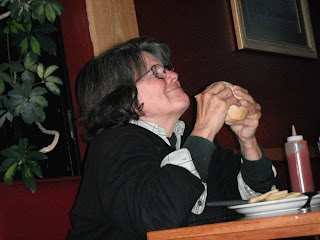 We spent the night on the boat, but Jim slipped off to the local grocery store and returned with the only thing still missing after two years.

The next day, with Leif’s loaner car, we began moving stuff from storage back into our little house.  I had to take this Beverly Hillbilly shot.

Later, our friends and fellow Dana 24 owners Carl and Patty Kirby sailed in and we enjoyed the reunion.  Jerry Fry, a local ham radio instructor, told us he had been able to listen to our Pacific crossing transmissions on the Puddle Jump Net until we were well south of the Equator!  “Then you went around the curvature of the Earth,” he said, “and I couldn’t hear you anymore.”

Nearly two weeks have passed since that beautiful homecoming.  Flocks of geese fly overhead, honking and gathering in larger numbers for the migration south.  Is autumn coming early?  To view the seasons changing from just one place will be a different pleasure. We’re living at home, now have wheels, internet, and hot running water that comes out of a pipe—holy mackerel!  The first day, I took four showers and Jim took three.  Because we could.  We will curb that shortly, but it was good.  We’ve also rediscovered hardware stores.  And bookstores. 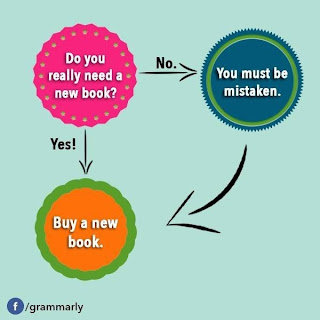 Though the novelty of life ashore may wane, our appreciation of its comforts never will.  Nor will the desire for more adventures under sail.  Our eyes are turned north toward British Columbia and Alaska. But first, Jim will build his workshop, and then, for me, a writing studio. We need to spend a spell of time at home before taking off again.

There will be more posts on this blog as things of interest crop up.  For example, I’m working on several new posts, including: preparations for voyaging; a "best of" roundup; and a post on blogging and staying in touch, along with what we’ve learned as the numbers of readers of this blog have expanded; plus more ideas as they develop.  There will be articles forthcoming in Good Old Boat and 48 North magazines as well as other publications.

There is also a book in progress.  I want it to be good, so it can’t be rushed.

“No one realizes how beautiful it is to travel until he comes home and rests his head on his old, familiar pillow.”  - Lin Yutang

Posted by Karen Sullivan and Jim Heumann at 12:19 PM 2 comments:

So lovely to feel the Pacific Northwest smiling softly in a much-needed rain. Port Townsend is in view, and reunions with friends we left behind will be sweet. We'll be docked within an hour, and will write more soon.

Sent from my iPhone
Posted by Karen Sullivan and Jim Heumann at 1:38 PM 5 comments: