The Crew, The Boat, The Voyage 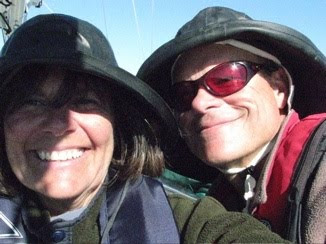 It’s autumn now and we’re back from this Summer of 2009 Excellent Adventure, but there will be more.  Meanwhile, an introduction for anyone who has just stumbled upon this blog…

The Crew:  Jim Heumann and Karen Sullivan are a couple of recent retirees (him: IBM; her: US Fish and Wildlife Service) who met at a sailing rendezvous and discovered they each owned identical sailboats, loved rowing, loved folk music, loved casseroles, and had enough yadda yadda yadda in common to make Match Dot Com belch.  But there are plenty of differences, too.  For example, they don’t always agree on when to reef.  He likes sci-fi and beer.  She likes literature and Bordeaux.  There is enough room on the boat for lots of beer, or lots of Bordeaux, or lots of books, but not lots of beer, Bordeaux and books. 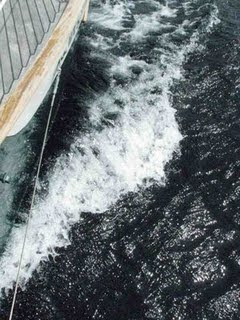 The Boat:  Pacific Seacraft Dana 24.  Two of them, his and hers.  Uh-oh.  For specs and descriptions, Google it or start at: http://www.48north.com/mar_2004/dana24.htm  and http://www.seacraft.com/Dana24.htm  Karen bought her Dana, Minstrel, in 2001, after test-sailing one to see if anything that cute could actually sail out of its own way.  She was shocked to find that it was faster than a 21-foot waterline had any right to be, beating out boats with waterlines 5-10 feet longer.  She promptly sailed it up to Prince Wiliam Sound and Seward, Alaska, where she cruised it for 5 years.  In 2005, Jim researched the market thoroughly, looking for the highest quality boat that was easy for a novice to sail and maneuver.  He found his Dana (now named Sockdolager) on the Great Lakes and had her shipped to Puget Sound.  He’s a novice no more, but he’s more convinced than ever that the Dana is the right boat.  Sockdolager was the boat that made the voyage this summer.

The Voyage:  We sailed more than 1600 miles and now we are readjusting to land life. This is a photo of Jim on the first day back. To see a route map, scroll down. 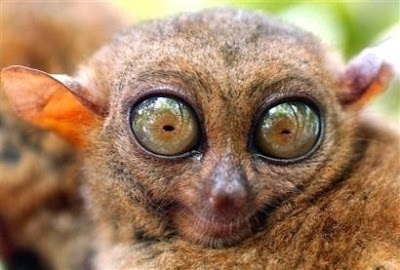 The Song:  We sailed away from Port Townsend on a four-month cruise,

Out the Strait of Juan de Fuca to the ocean blue,

Up the Island of Vancouver’s fabled western coast,

To the Queen Charlotte Islands, and now we can boast,

We sailed, we fished, we laughed, we wished, we had more time,

This little ditty is the intro to a 5-verse song we wrote about our voyage, to the tune of Johnny Cash’s “I Been Everywhere,” with profuse, abject apologies to Mr. Cash.  We promise to sing our song upon request, and to record it and place the recording on this blog when we can find the time.

The Council of the Haida Nation:  http://www.haidanation.ca/

(This is the symbol of Gwaii Haanas)

Cruising permit:  You will need to get a permit to cruise Gwaii Haanas National Park, but it's worthwhile because of the "Watchmen" interpretive program at various historic sites, and because visitors really do need a solid orientation before they go.  Most boats travel north and then cross Hecate Strait from the north tip of Banks Island (only 60 miles of open water) and go through the orientation at Skidegate or Sandspit.  We were allowed to do the orientation remotely because we were entering Gwaii Haanas from the south.  They were very helpful and courteous, and sent us a DVD and booklets.  For information, contact them at:

Got updates?  If you would like to be added to our email updates list for future adventures, or you just want to get in touch with us, you can use this address:  karenandjimsexcellentadventure followed by the symbol for "at" followed by gmail dot com.

Posted by Karen Sullivan and Jim Heumann at 12:06 PM 2 comments: